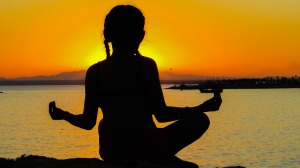 8 years ago, when I moved back to India, if someone had asked me about guided visualisation, I would have no idea what it was. I was introduced to it a little over 7 years ago. I always thought meditation was ‘humbug’ since I could never meditate. My mind would wander and I did not know that it was normal for the mind to wander. Then, 7 years ago, I was told that we were going to do some meditation. We started with a mandala which was a very calming process. I have done it many many times after that and have always enjoyed the process. We then were led into  guided imagery. The person who was leading us had a very soothing voice and a sense of calm descended on me.

According to dictionary.com, the definition of guided imagery or visualisation is ‘a relaxation technique in which words, sounds, etc., are used to evoke positive mental images, feelings, and thoughts.’  A way to introduce mindfulness  is through guided imagery which is a meditative process. Children have  vivid imagination and have fewer preconceived notions, so are able to immerse themselves in the process better than adults.

Over the last five years, I have been guiding students with the imagery. Students have a hectic life. They leave home early from home, most often hurriedly and stressed over catching the bus or getting to school on time. This activity calms them. I have been told by my colleagues that I have a soothing voice and soft voice. It is a learning process for student to be able to close their eyes and focus on what is being said. After the guided visualisations, I often ask them to draw or paint what they saw. They all visualise the same thing very differently. After the experience, they say that they feel happy. It brings some quiet and calmness in them. They feel that they can face the rest of the day having positive thoughts. However, not all students are able to go through the process. It takes practice to close their eyes and visualise. This is a great tool for mindfulness.

Follow T and Conversations! Chai with preethi! on WordPress.com